Did you know we text more than we talk on the phone? Or at least we do in terms of the number of texts we send vs. the number of calls we make.

A Nielsen Customer Value Metrics report found that text volume is nearly five times that of voice calls. The average American texts their friends, family and other people an average of 764 times per month. In that same one-month period, they only average 164 phone calls. 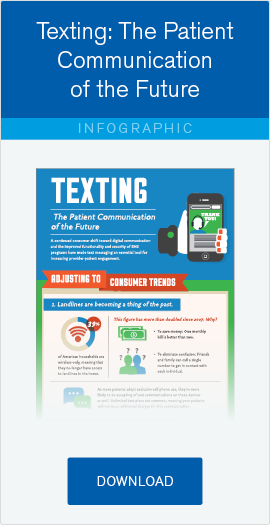 Maybe that’s not so surprising. After all, it might take 10-20 texts to cover what we could discuss in a single phone calls, right? But another interesting stat is that texts also outpace the number of actual voice minutes used — a number that averages 644 minutes per month.

It’s a pretty amazing fact, and it’s one of 10 reasons we think of text messaging as the future in provider-patient communication. Click HERE to check out an infographic we built on that subject.